Aggression: It’s Time to Talk About it 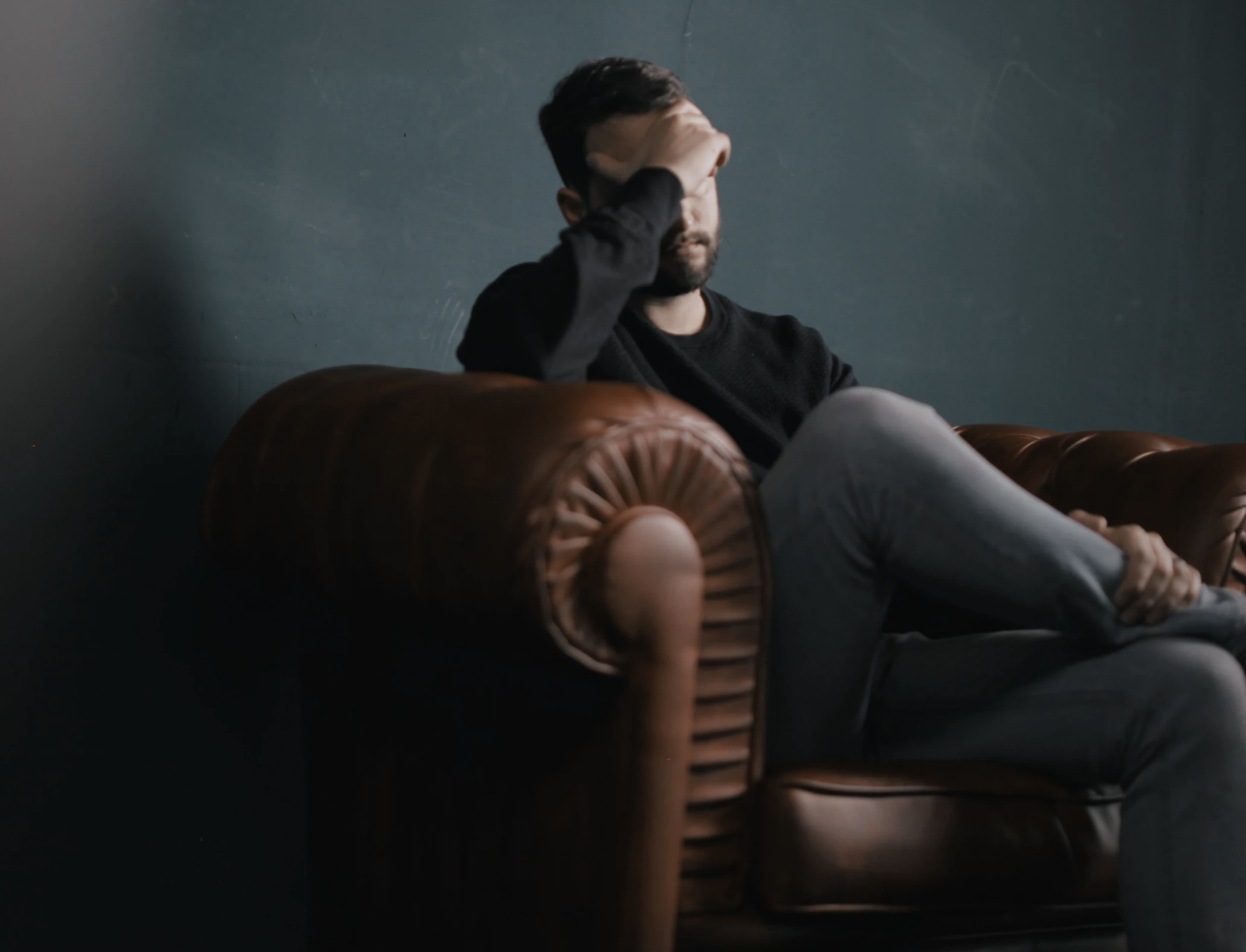 This will feel somewhat like the Polar Bear Plunge.   We’re swan diving into the freezing waters of difficult topics with no wetsuit on.  Aggression isn’t often talked about in casual conversation, but for many special needs parents, it’s part of life on a daily basis.

When I talk about aggression, I’m not referring to the typical sibling rivalry behavior of swatting your sister and running away.  It looks different for every child who struggles with it, the motivation behind it varies, and it can be mild to severe. But it is usually devastating for everyone in the family.

Seven years ago, I stood anxiously waiting in front of our townhouse for John’s school bus to drop him off after his first day of preschool.  He was barely three years old, but because of special needs services in our county, he was attending an Early Child Special Education preschool class with transportation provided.  The doors opened and the bus assistant helped him down the steps. He looked so small with his monogrammed backpack barely clearing the sidewalk. Relief washed over me, as everything seemed completely fine.  He made it home safe and sound! I knelt down to give him a hug, and then it happened. His little fingers entwined themselves in my hair and pulled as hard as they could. For such small hands, they had a lot of strength and determination.  He was upset and this was his way of letting me know.

This was my first introduction to one of the most difficult aspects of parenting a special needs child.  John’s aggression became severe at a young age. His body composition (wiry, strong, and coordinated) combined with communication difficulties and mood swings have made for tricky and sometimes dangerous situations.  For some kids, especially when they are younger and smaller, aggression can be as mild as a small bite mark or tug at your hair. For our child, aggression looks like biting (leaving bruises and welts), hair pulling, kicking, pinching, head butting, scratching, and hitting.  It looks like trying to safely restrain him for an hour and feeling physically exhausted (not to mention sweaty) and emotionally spent. Why am I telling you this?  Because this could be what aggression looks like for you as well (or it could be much worse) and I want you to know that we’re in this together.

What do you do with aggression?

I don’t know exactly.  I can tell you what Danny and I have tried and I can tell you what works sometimes.  I can’t give you a list of the medications that have and haven’t worked because every child’s body composition is different.  The few things that I can fully endorse are to stay hopeful, to be open minded, and to ask for help. Don’t rule out your options (as long as they are safe and ethical).  Your number one goal is safety and well being. If you don’t feel like you, your child, or other members of your family are safe and healthy, you need to adjust your plan.

With the help of behavioral therapists, Danny and I have tackled aggression from a behavioral approach.  “Extinction” is a productive way to limit or extinguish undesirable behaviors. But any behavioral therapist will tell you that undesirable behaviors will usually resurface even after they are extinguished, and you need to stay consistent.  It’s scary though, when aggressive behaviors resurface when your child is as tall as you are. Still, everything that I’ve learned through practicing extinction, has enabled me to stay calm under crisis and think with a more level head. Another behavioral approach would be to do everything you can to de-escalate the situation before it becomes a real “situation.”  Here is an excellent link to de-escalation techniques. De-escalation is always the best option if you can find a tool that works. And if you can do that you deserve major props and a serious award!

Three years after the bus stop hair pulling incident, I found myself crying to John’s developmental pediatrician.  I felt like the aggression was turning me into the type of parent that I didn’t want to be. While handing me a box of tissues she quickly said, “that’s not you … that’s autism.”  That was a pivotal parenting moment. I had to separate myself from the aggression and how it was making me feel and what it was doing to me. At that appointment, we decided together that it was time to try medication.  We’ve had our successes and failures with medications and we’re still trying to figure this one out.

Be aware of the pros and cons of isolation

Sometimes the best option for everyone in our home is to find a safe place where John can be alone.  As long as he doesn’t engage in self injurious behaviors (more on that another time) he can be alone in a mostly glass free room with the door locked.  John’s bedroom (his calm down spot) has taken some hard punches but lucky for us we are handy and know how to fix drywall damage! It’s hard to listen to, but it’s usually the fastest and most effective way for him to calm down, and it’s the only option for our older children when they are babysitting.  It’s really upsetting for John to be locked in a room. It’s upsetting for children in general to be placed in any type of isolation. The isolation place itself should be calming and not traumatizing. I toured a school where the isolation room was a small, dark walk-in closet. I can’t imagine anything worse for a child in crisis!  A quick google search will show that isolation is a hot topic in school settings, and there are many laws and ethical guidelines that must be followed. Most importantly, parents have to know exactly what is going on.

What to do after you’ve tried all of the above

And now for The Big Kahuna: restraint.  This past December I became certified in Professional Crisis Management, a tool that never in my wildest dreams did I think I would need.  PCM feels a bit like martial arts for the behavioral therapist. In fact, it was created by a BCBA who is also a martial arts instructor. This is one tool you won’t find on the internet.  It’s only practiced in professional and school settings with certified practitioners and instructors on an absolutely as-needed basis. People don’t want to put their hands on your kid if they don’t have to.  Practitioners are extremely careful and exact with how they restrain, because if it’s executed poorly, the consequences can be disastrous and tragic. A few years ago, though, I decided I’d had enough of John’s public school calling every other day to let me know that he had knocked out someone’s crown or bit the principal. I knew he needed to be in a school where all the staff were certified in restraining holds, because it was the only way to keep everyone around him safe.  At times I have had to restrain John myself when I don’t have a better option, and I’m grateful that his school made this tool available for parents.

When John was 8 years old, his younger sister came tearing into the bathroom while I was showering to tell me that John was attacking his older sister in the backyard.  I threw on my bathrobe and sprinted to the back door. What I saw was a game of cat and mouse. She was frantically running in figure eights around the lawn with John on her heels trying to grab any part of her that he could reach.  I yelled at her to run past me so I could intercept him. What we must have looked like to the neighbors I will never know (or care!). The point of this ridiculous story is to emphasize that aggression affects everyone in the family.  The anxiety that we all feel being on high alert is real and it can be debilitating. We are constantly asking our kids how they are feeling about our home and their safety. There’s not a lot we can change about our situation right now, but at least our kids know they can feel understood and validated, and I will always do my best to protect them.

Aggression affects you.  Take care of yourself as best as you can, and always ask for help.  If it’s been a long week and your spouse is out of town, call a friend or family member before you lose control.  I have friends that have seen me at my worst, because I knew I was past my breaking point. I’ve never regretted asking for help, but I have regretted trying to do it on my own.  Always, always ask for help! You can’t do this alone. If your child is bigger than you and the only option is to call the police, then call the police. It’s important not to let yourself become a martyr.  Find out about the services available to you in your county (much more on that later). Talk to your doctor about possibly getting on a medication if you are feeling constantly anxious or depressed because of your child’s aggression.  I know it’s hard, but remember to take care of yourself while you’re saving the world (or that’s what it feels like anyway).

Maybe you’ve already tried everything and your situation is still dangerous.  My heart goes out to you. You do have options. That’s another post for another day.  Hands down this is a tough one. There’s nothing pretty about it, and that’s why we need to talk about it more.  Remember we’re in it together and we’re here to listen.